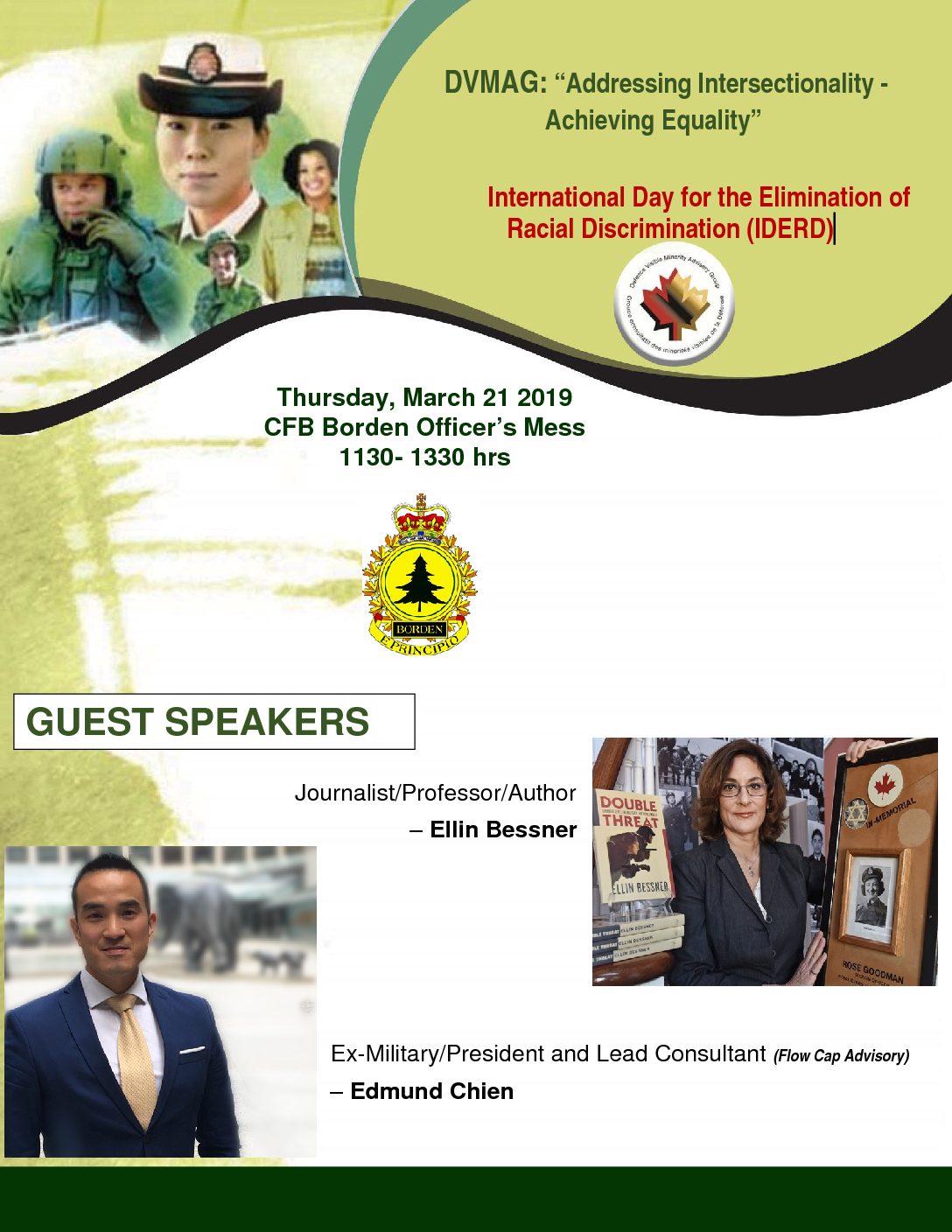 Ellin Bessner, the author of “Double Threat: Canadian Jews, the Military and WWII” will be a guest speaker at the CFB Borden as part of the annual IDERD (International Day for the Elimination of Racial Discrimination) activities across the system. During WWII, tens of thousands of Canadian servicemen, including many Jewish personnel, were stationed at Camp Borden or passed through on their way overseas. Among them was Capt. David Monson, known as “The People’s Rabbi”, an Ottawa-born Jewish clergyman who brought oranges and kosher salamis to the Jewish men at Borden when he held weekly Jewish “Church Parades”. He didn’t discriminate if some non-Jewish soldiers wanted to attend, and they got the treats, too.

Monson also stood up against antisemitism in the area. Just before being shipped overseas, in 1943, Monson brought some of the Jewish boys from base to a hotel in the area that had restrictive policies barring Jewish guests. No punches were thrown, but the chaplain’s strong words resulted in the racist sign being taken down.  Monson’s contribution to Canada’s military victory against Hitler is just one of the stories you will hear as Ellin Bessner introduces you to the 17,000 Canadians of Jewish faith who put on a uniform, helped defeat Hitler, and rescued the survivors of the Holocaust.

Bessner spent six years researching and interviewing over 300 Jewish veterans and their families to find out who they were, why they went, and how they overcame widespread antisemitism at home, in the barracks and on the battlefield. For Canada’s tiny wartime Jewish community, WWII was a “double threat”; they were fighting for King and country, but also to save their own race from extermination. They served at great personal risk, should they be captured by the Nazis. The Canadian government hasn’t yet recognized the unique contribution of this minority group to the country’s military history.