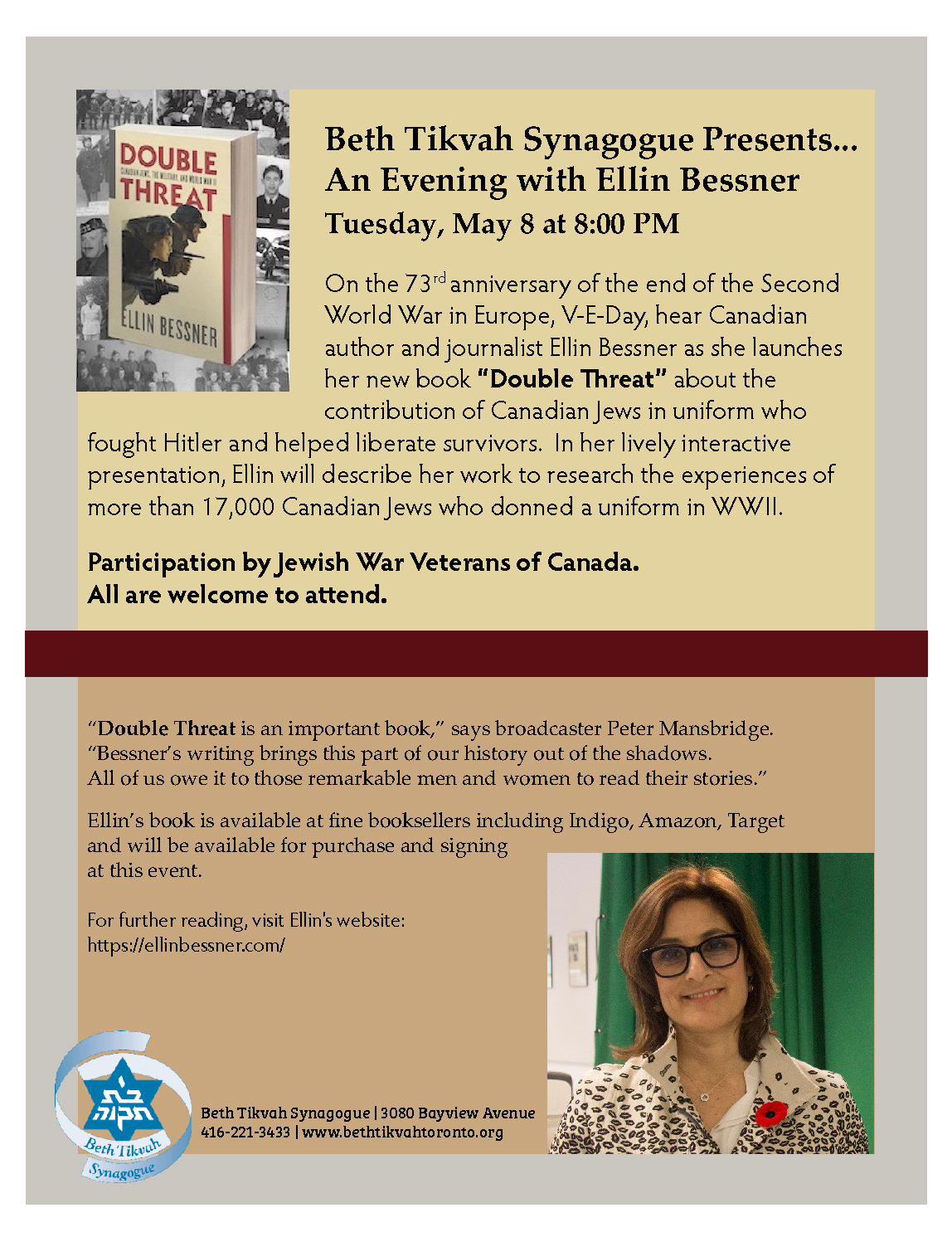 On the 73rd anniversary of the end of the Second World War in Europe, come hear Ellin Bessner, the author of a new book about Canadian Jewish soldiers who fought Hitler and stopped the Holocaust. Ellin will share some of the stories from her book “Double Threat”, including how Canadian Jewish troops helped rescue the remnants of Europe’s Jewish communities, brought medical care to concentration camp survivors including Bergen-Belsen, and flew liberated POWS to freedom.

Books will be available for purchase that evening.